While clearing and organizing my desk last night, I was pleased to find many things I’d forgotten I’d received.  One was a package of vintage church postcards swap-bot “digitalmaven” sent earlier this year. I’m sure, after thanking her for the wonderful collection, I returned the postcards to the envelope intending to study them later.  Later never came.  Then (after clearing my desk), I began gathering photos to send in a  photo “destash” swap and I ran across one of the photos of a rustic church I shot last year when visiting my in-laws.  I had no choice but share in a blog post the beautiful vintage church postcards.

Here, first, is the photo that’s probably heading out this week: 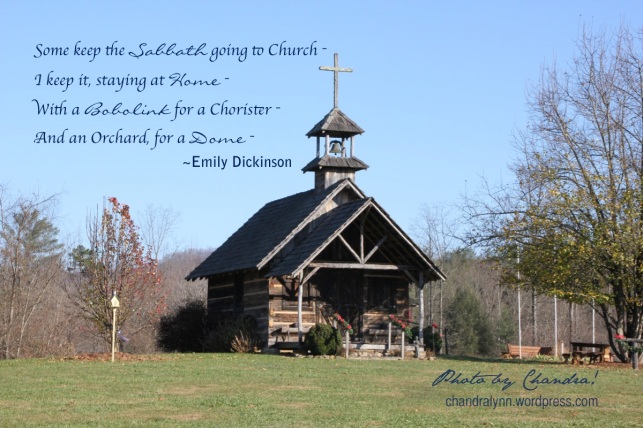 I posted photos from a trip to the Whippoorwill Academy and Village in a couple of earlier posts here and here.  The quaint “Chapel of Peace” is often used for small wedding ceremonies.  I added the verse from Emily Dickinson’s Poem 236 because it reminds us that while we are strengthened through meeting in fellowship with those who share our spiritual principles, it is also necessary to spend time alone with God, commune with Him in nature, and enjoy our bits of heaven on earth.

The Chancel of the Applegate Chapel is part of the United Methodist Memorial Home in Warren, Indiana. The Chapel offers a place for residents to mediate and worship.

“The Wayfarers Chapel.” Photo by Union Pacific Railroad, Published and Distributed by Columbia.

The Wayfarer’s Chapel, often called “The Glass Church,” is located on the coast of the Palos Verdes Hills near Portuguese Bend, California. 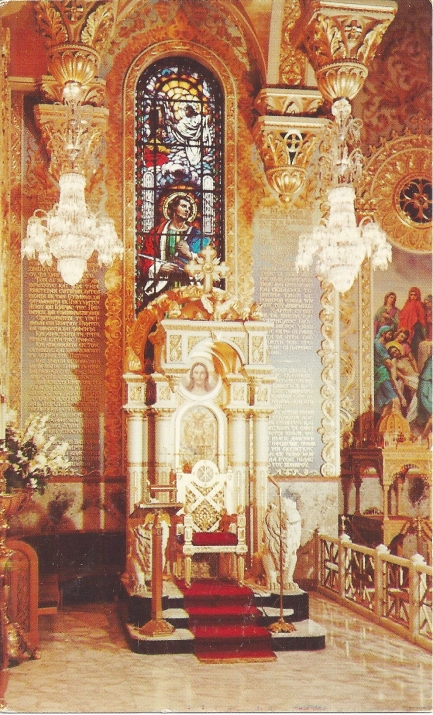 From this seat, “The Bishop’s Throne,” situated always in the south chancel, the ranking prelate presides over services.  The throne is symbolic of episcopal authority by which the Greek Church is governed.  In the rear panel of the canopy is a representation of Christ the High Priest, and below it the ancient device of the Byzantine Empire, the two-headed eagle, suggestive of watchfulness.  The lions reference Revelation 5:5:

. . . The Lion of the tribe of Judah, the root of David, has conquered so that he can open the scroll and its seven seals. 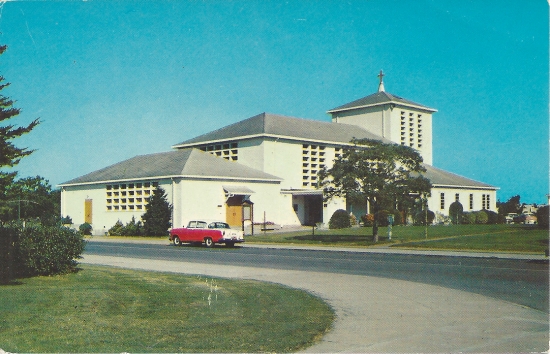 The Station Chapel, dedicated in 1943, actually consists of three chapels:  the Blessed Sacrament Chapel where daily Mass is celebrated for Roman Catholics; the Shannon Chapel which is used for small groups of non-Catholics; and the Main Chapel, seating approximately 400, which is shared by all faiths in the spirit of “Cooperation Without Compromise.”

Part of Southern California’s charm is due to its pleasing architecture. An example of beauty in buildings is the church above in the garden city of Pasadena. 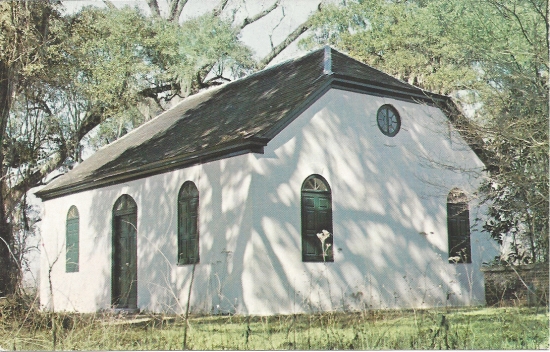 Strawberry Chapel was constructed in 1725 by an Act of Assembly as a Chapel of Ease to Saint John’s Biggin Church.  It is one of the most famous historic sites in Berkeley County.

A focal point of activities on the Coe College campus is Sinclair Memorial Chapel, also known as the Coe Auditorium.  Replacing an earlier chapel destroyed by fire, it is named in honor of the T. M. Sinclair meat-pakcing family.  The building also houses Arthur Poe Chapel, a small sanctuary for meditation, and two art galleries.

After visiting these postcards, I’m tempted to go through my postcard collections and pull out other postcards featuring church buildings.  I’ll have to put that on hold, though.  My to-do list is a little too long at the moment.  For now…

[Note: all descriptions are from the backs of the postcards].

And suddenly there was with the angel a multitude of the heavenly host praising God and saying: “Glory to God in the highest, and on earth peace, goodwill toward men.”–Luke 2:13, 14 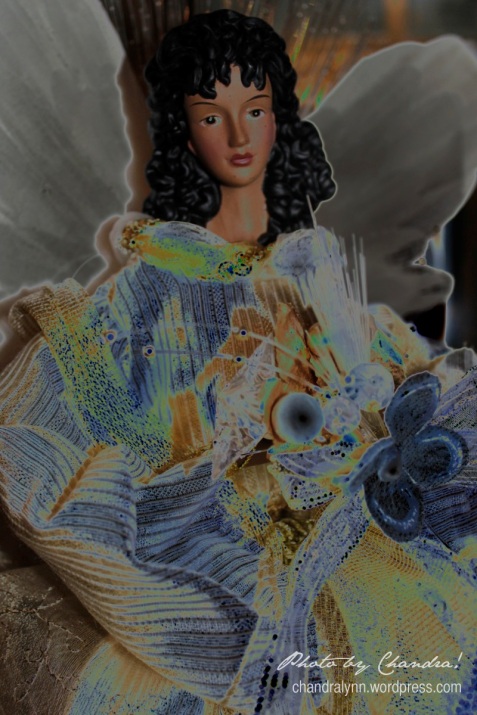 May your Christmas be filled with joy, peace and love; may it ring with the highest praises for our Saviour and King.

Finals are done. The semester is over. I just have a few hundred essays to grade (slight exaggeration), a few Christmas parties and a couple of concerts to attend, and then I can say “Good riddance to Fall 2013!”  I am awake at 2:30 a.m., so what better way to deal with my anxiety-induced insomnia than writing an overdue blog post.

Way back in late September,  just before work and other non-family-related obligations took over my life, I joined a “Sheet Music with a Butterfly” ATC swap.   My lovely partner sent a sweet collage ATC made with various paper elements.

I really like the color scheme and how the butterfly sticker complements the butterflies in the postage.

Here’s what I sent my partner (I just realized Sherri and I used similar color scheme): 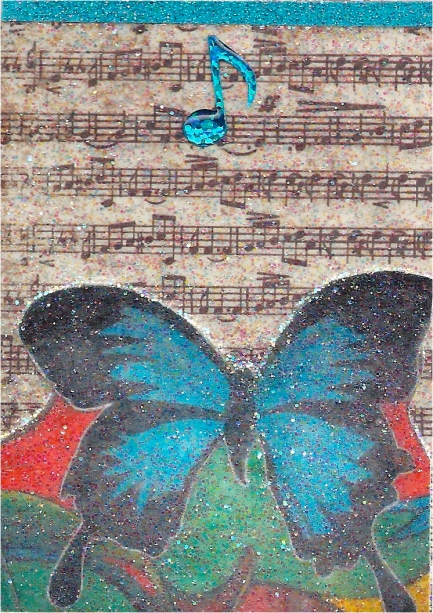 “Musical Butterfly” by Me!

It was very “sparkly.”  How did  I make it?  Really simple materials:  a leftover strip of glitter card stock, sheet music .jpg file, part of of photo I shot of Hani Shihada’s amazing sidewalk art and a coating of sparkle mod podge.  I used this butterfly many times before–in ATCs, on envelopes and cards. In fact, you can see another ATC and envelope art featuring this same butterfly in an earlier post.

Just a few more days till I have time to craft and create again! Woohoo!