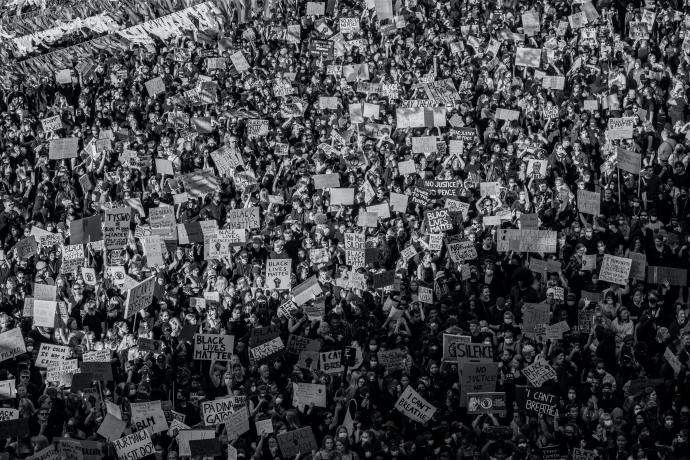 Photo by Teemu Paananen on Unsplash

When I wrote, “Dear Friend,” a couple of months ago, I did not expect the friend to whom it was addressed to run to me, grab my hands and begin singing along with me, “We Are the World.” However, I did expect her to take a moment and at least consider my words. I did expect her to ask the God we both serve for some direction. That didn’t happen either.

In fact, she reacted very poorly: she accused me of spreading hate, of calling for rebellion [against state-sanctioned violence?], of inciting violence, and of threatening her. Then, soon after sending the message, she blocked me and removed herself from all social media.

She is not an ally.

The next morning, her daughter sent a hopeful message. She apologized for her mother’s behavior, thanked me for my candor, and asked me to pray for her mother. She wrote, in part:

This is an ongoing polarizing conversation between the two of us. I appreciate your leading with love and kindness [. . .]. I think of you and stand with you. As an educator, I will continue to fight for justice for my students.

Even though I was baffled by the mother’s response, one thing was clear–her daughter is an ally. She stands up, she stands with, and she will fight with us for what is just.

If you want to know how to be an ally and what it means to be one–beyond the hollow use of the word by far too many recently–see this post by my blogging friend, writer KE Garland:  Monday Notes: Five Examples of White Allyship.

The work of undoing racism is exhausting, but African Americans and other oppressed people of color cannot do it alone. We need allies–allies who are willing and brave enough to do the work with us.