Although we are eight days into the month of November, I came to my senses and decided not to post every day for NaBloPoMo 2022. It took me a few days, but I realized that I don’t want to post for the sake of posting, especially when I need to spend my “real writing energy” on the unfinished essays that are due by the end of the year [self-imposed deadline]. Beginning with this post, I will return to my regular blogging schedule of two to three posts per week. I am looking forward to participating next year and I already have a manageable idea for the month.

Tonight I am sharing a postcard that was waiting for me when I returned from my brief roadtrip. It is appropriate for this election night as the results are rolling in.

The postcard was sent by my Wildflowers friend, Kathi G. One of her artist friends creates inspirational art for women through the Dead Feminists Series, of which this card is part.

The tiny print at the bottom of the card reads:

Nannie Helen Burroughs (c. 1879 – 1961) was born in Orange, Virginia and moved with her mother to Washington, DC after her father’s death. As a student at M Street High School, she met activists Mary Church Terrell and Anna J. Cooper. After graduating with honors, she moved to Kentucky to work for the Foreign Mission Board of the National Baptist Convention (NBC). At NBC’s annual meeting in 1900, Burroughs’ speech “How the Sisters Are Hindered from Helping” gained national attention and inspired her to co-found the NBC auxiliary Woman’s Convention (WC), the largest Black women’s organization in the United States. Here Black women could exercise their labor and organizing power independent of male membership and white women suffragists. Burroughs served the WC for over 40 years, first as corresponding secretary, then as president.

In 1907, funded by donations from women and children, Burroughs opened the National Training School for Women and Girls in Washington, DC, adopting the motto “We specialize in the wholly impossible.” To develop “the fiber of a sturdy moral, industrious, and intellectual woman,” students learned vocational skills to become self-sufficient wage earners. Burroughs’ Africon-American history class was a graduation requirement. She served as school president until her death. The former Trades Hall, now a National Historic Landmark, today houses the Progressive National Baptist Convention.

Illustrated by Chandler O’Leary and printed by Jessica Spring, in gratitude to the Black women who have insured our democracy’s future beneficiaries. 190 copies were printed by hand at Springtide Press in Tacoma. March 2022 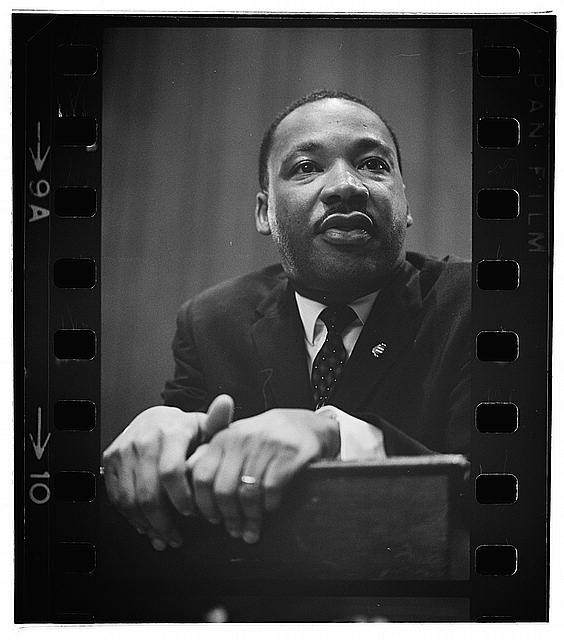 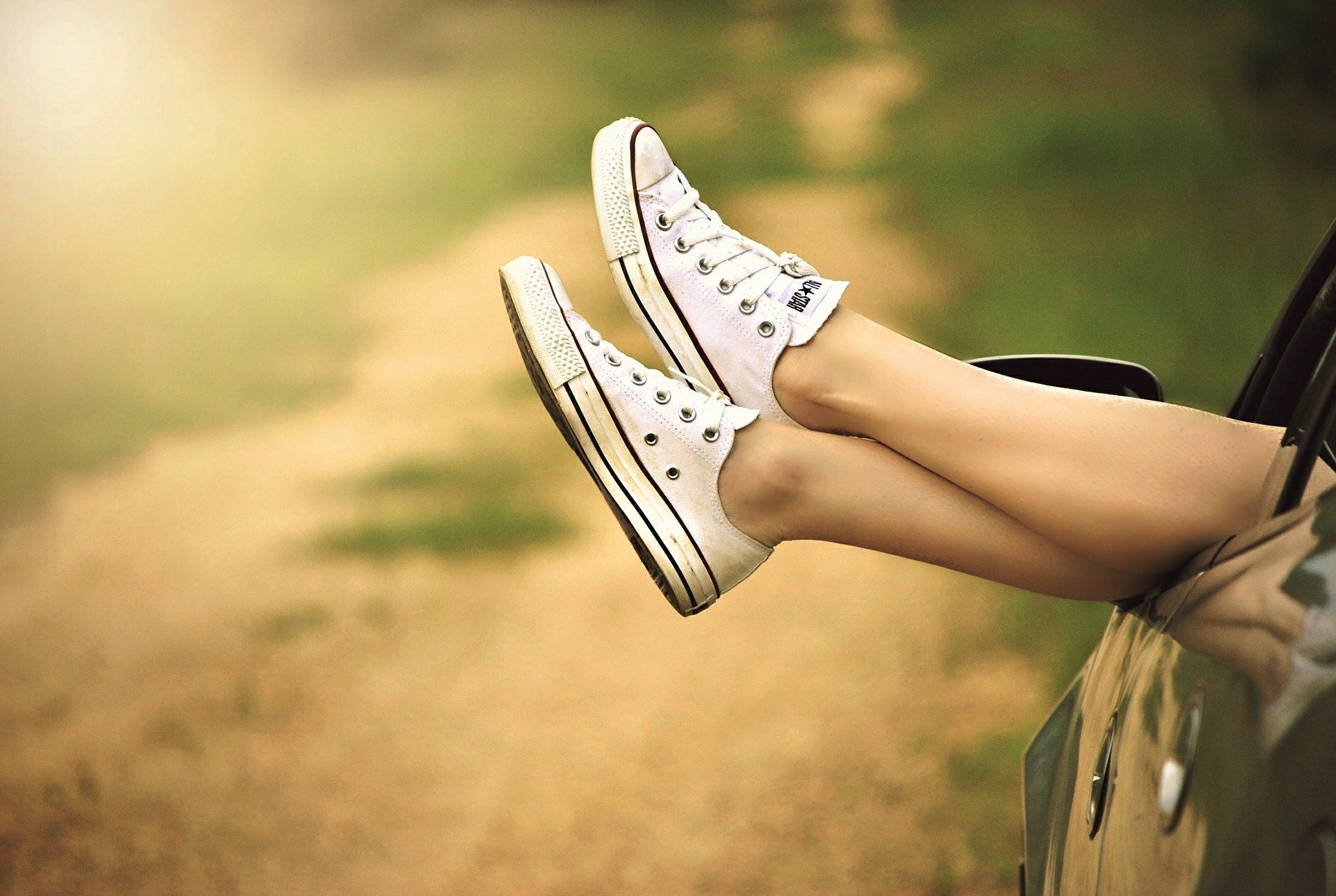 Image by Lisa Runnels from Pixabay

I’m back with a poem in my pocket!

What am I carrying? “The Sacred” by Pulitzer Prize-winning poet, Stephen Dunn. The poem speaks plainly and authentically about an everyday occurrence in which we (can) find a small, sacred moment of freedom.

in their chairs, the most serious of them all
said it was his car,
being in it alone, his tape deck playing

things he’d chosen, and others knew the truth
had been spoken
and began speaking about their rooms,

their hiding places, but the car kept coming up,
the car in motion,
music filling it, and sometimes one other person

to speak, or to answer, the key
in having a key
and putting it in, and going.

Life gets so busy, so complicated, so crazy at times that I look forward to those small moments in the car alone with my thoughts, my music, my podcasts. One of my colleagues gets in her car and drives to a parking lot to get work done. I get it. That cramped space with windows “uncurtained” is the perfect hiding place from the world.

Did you share a poem on your blog today? Be sure to drop your link in the “Comments” section below. 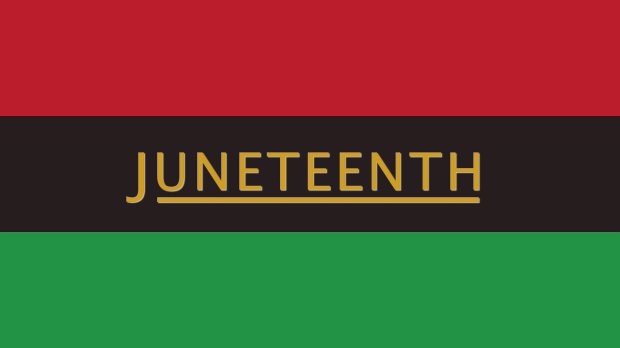 Juneteenth is the oldest nationally celebrated commemoration of the ending of slavery in the United States.

From its Galveston, Texas origin in 1865, the observance of June 19th as the African American Emancipation Day has spread across the United States and beyond.

Today Juneteenth commemorates African American freedom and emphasizes education and achievement. It is a day, a week, and in some areas a month marked with celebrations, guest speakers, picnics and family gatherings. It is a time for reflection and rejoicing. It is a time for assessment, self-improvement, and for planning the future. Its growing popularity signifies a level of maturity and dignity in America long overdue. In cities across the country, people of all races, nationalities, and religions are joining hands to truthfully acknowledge a period in our history that shaped and continues to influence our society today. Sensitized to the conditions and experiences of others, only then can we make significant and lasting improvements in our society. –from Juneteeth.com

Check out these resources for more information on Juneteenth:

Have a safe and happy weekend…

To dance is to be out of yourself. Larger, more beautiful, more powerful. This is power; it is glory on earth and it is yours for the taking.  –Agnes De Mille

My friend Cy sent this amazing postcard a few weeks ago. She found this beauty in Madrid during her travels there. I fell in love with it. The lone woman dancing reminded me of my favorite part of Louis Delsarte’s mural “Spirit of Harlem.”

“Spirit of Harlem” [I was fortunate enough to be in residency at NYU the same time as the artist. Weeks after its unveiling, the whole group of “Scholars-in-Residence” took a trip to Harlem to see the mural].

I’m intrigued by these women who sway their hips without apology and dance solo in spaces obviously peopled by many. It seems the musicians—equally surrendered to their muses—play only for each woman.

I don’t have their gift. As part of the “rhythmless nation,” I’m not sure I will ever dance in public.

I have been reaching for a metaphorical moment like this—of pure freedom—of yielding completely to the rhythms of life without fretting over consequences–“what ifs” or “therefores.”

I’m tuning in and working on my sway. 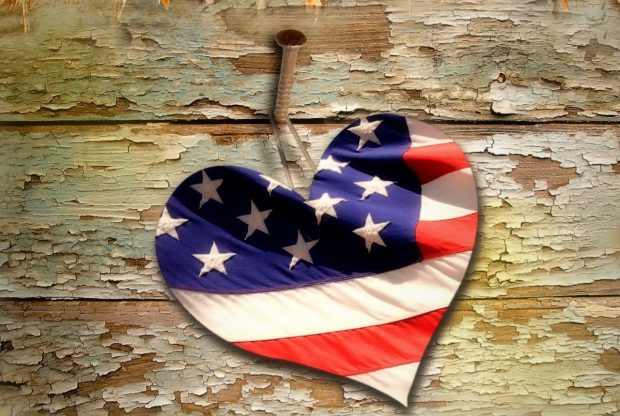 “The Sonnet-Ballad” by Gwendolyn Brooks

I cannot let the day end without paying tribute to America’s veterans. The images below are from Huntsville-Madison County’s Veterans Memorial Park.  The memorial, dedicated on November 11, 2011, “holds before present and future generations the principle that freedom is not free and that a free people must always be prepared to defend that freedom at whatever cost.”

On this Veterans Day, let us remember the service of our veterans, and let us renew our national promise to fulfill our sacred obligations to our veterans and their families who have sacrificed so much so that we can live free. –Dan Lipinski 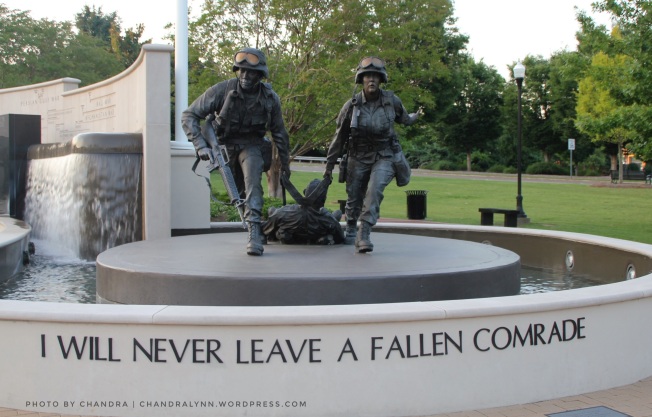 The soldier above all others prays for peace, for it is the soldier who must suffer and bear the deepest wounds and scars of war. –Douglas MacArthur

America’s Veterans have served their country with the belief that democracy and freedom are ideals to be upheld around the world.  –John Doolittle 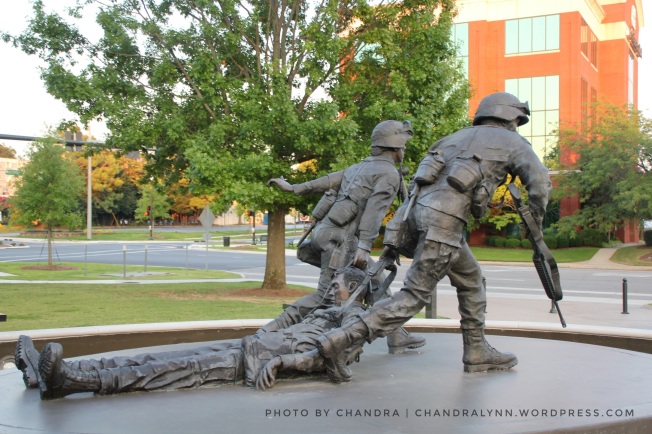 It’s about how we treat our veterans every single day of the year. It’s about making sure they have the care they need and the benefits that they’ve earned when they come home. It’s about serving all of you as well as you’ve served the United States of America. Freedom is never free.” –President Barack Obama 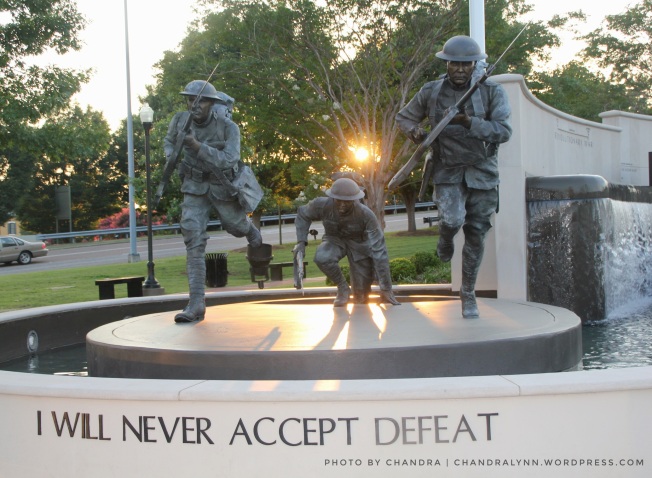 Thank you, Veterans, for your service and your many sacrifices. 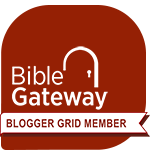 Keep a tree in your heart.
To be a flower...
Safety...
"Amazing grace! how sweet the sound that saved a wretch like me." "Amazing Grace," Christian hymn written and composed by John Newton.
My light is abundant. My joy is important.
"When despair for the world grows in me..."